Looking back at the marathon, I feel really good about it. I had tried to stick well to this novice training schedule I’d found online, and by the morning of the race, even though the bottom was dropping out of my chest, I knew I’d be able to finish alright.

I cued up “Where the Streets Have No Name” on Karen’s iPod at the starting line, waiting to push play until they said go. I hadn’t remembered the first line, but as I was turning left out the cooperative college gate onto the main road, Bono came in with “I want to run,” and holy cow, I almost lost it.

Running itself was pretty much normal. I was worried about starting off too fast, so I found a few people who looked like they were going at a good pace, and we stuck together through the first half of the race.

After that, Karen’s marathon support plan kicked into full gear—she’d stationed people every mile with all sorts of gummy bears, jelly beans, water bottles, potato chips, and sponge buckets. It was fun!

Some of them even ran along with me for a while, which was super encouraging. Jen pushed Benjamin in the stroller, Joe told me corny programmer jokes, and Aaron just kept running—for 11 miles! Here we are coming down the hill with 2½ left. 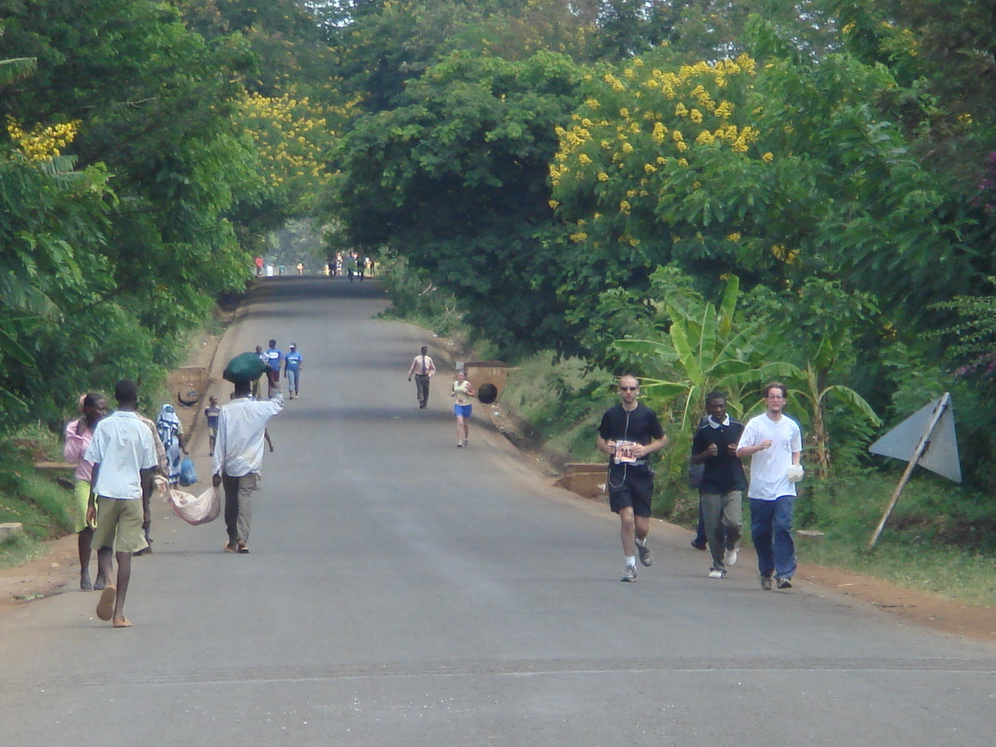 During those last couple of miles, my quads started cramping and a blister popped on my little toe, but by then it was hard to care about much of anything.

By the time I got to the finish line, I could keep running, but I think that was only because of developed habit, not because I actually had anything left. I don’t think I’ve ever felt so right cursing in desperation before. 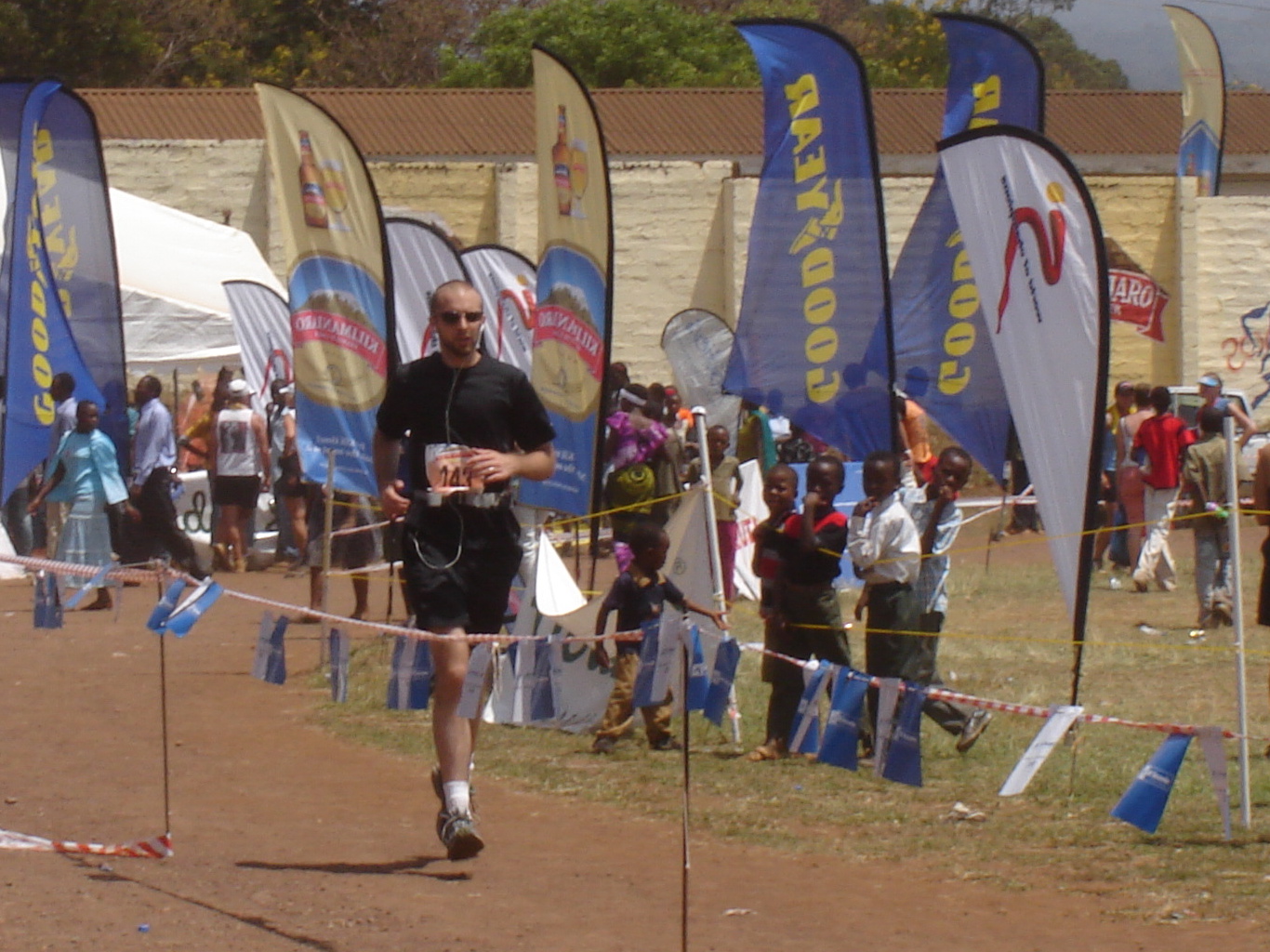 Two and a half weeks later, I’m feeling great, and totally eager to keep running. There’s supposed to be a half-marathon in the Serengeti in June, and it looks like there are some other folks here who’d also be interested—though it’ll be one heckuva road trip to get all the way out there!

Also, thanks so much to all of you who helped support the Porters Assistance Project. We came in over our goal, and Karen’s thrilled!